30 years of connecting
Australian business to the future

MobileCorp has a 30-year history spanning the birth of the mobile phone and the arrival of the smartphone, through to today’s hyper-connected world.

MobileCorp’s story begins in 1991 as a humble retail shop on the corner of Botany and Gardeners Roads, in the Sydney suburb of Mascot. When an ambitious 22-year old, George Aravopoulos, flung open the doors of the former Bank of New South Wales building, his was the first mobile phone shop on Botany Road. Within ten years there would be 16 mobile phone retailers on the 10km strip stretching from Redfern to Port Botany; and then within ten more years his shop would be the last one standing.

Opening the shop was a bold move for the young George, who had come out of an apprenticeship installing car phones into luxury vehicles.

“In those days there was no such thing as a hand-held device, and the first mobile network was the 007, which is the equivalent of a zeroG.

“Car phones were called mobile phones, but they were actually wired into the vehicle.They were also big and bulky. Owners of luxury cars loved the idea of a car phone but then I would turn up with a transceiver weighing 25-30kg that had to be fitted to the vehicle and they were ‘you’re not putting that in my Porsche, Mercedes, Rolls Royce.”

The car phone business was still dominant when George decided to strike out on his own, but he could see the writing on the wall.

History had been made four years earlier in 1987 when parachutists landed on the steps of the Sydney Opera House to deliver a mobile phone to the federal communications minister who ceremoniously made the first mobile call to the Telecom Australia managing director.

The first hand-held phones were now becoming available to the public. Affectionately known as ”bricks”, they were big and bulky, and some had to be carried around in a briefcase.

In 1992, a year after opening the shop, Nokia launched its first GSM phone and so began one of Australia’s greatest technology love affairs.

Nokia devices would go on to dominate the mobile phone landscape for the next 12 years until the arrival of the iPhone.

Those first couple of years with the shop were tough going. Still in his 20s, George and his wife, Helen, had welcomed son Stephen three years before they opened the doors. Two daughters, Samantha and Stephanie, followed.

And work it did.

During the mid-90s, both the business and mobile phones took off. George was riding the wave of technology and popular culture.

A second shop was opened in Kingsford and a third in St Leonards. In 1994, the company, which was now known as mlc mobile phones, was the major sponsor of George’s beloved Balmain Tigers rugby league team.

“In the early days the first to buy mobile phones were the tradies – plumbers and electricians who needed to be in contact with customers while they were on the road. They bought the heavy brick phones. Then the flip phones came along and the doctors and professionals loved them.” 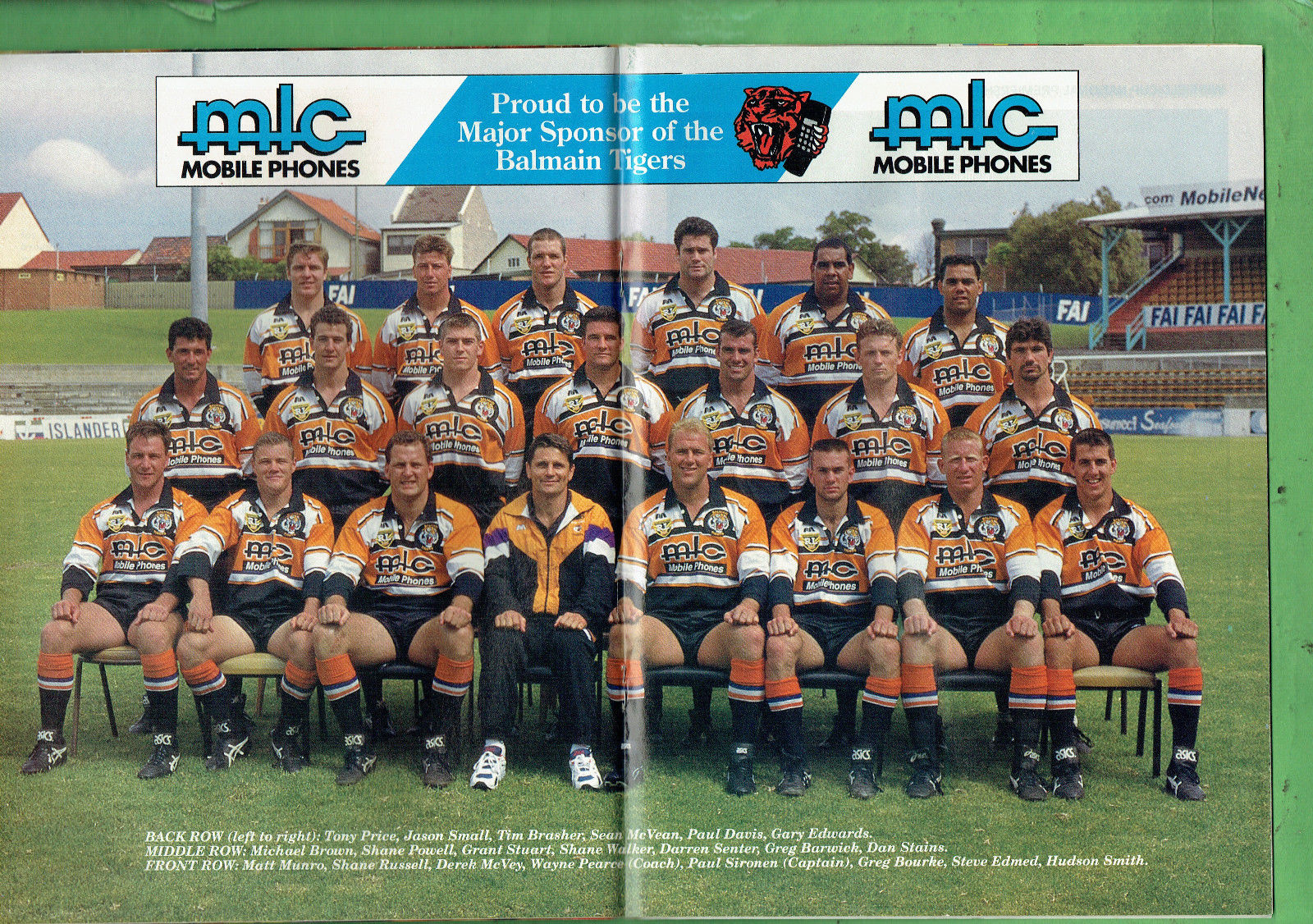 “By the mid-90s, everyone wanted a phone. The devices themselves only had a standby time of 8 hours and about an hour of talk time, but people were walking in off the street with wads of cash and buying off the shelf. Of course, there was no eftpos or payWave then. We had some fun trying to verify cheques.”

The first flip phone, the Motorola StarTAC, featured in the movie Clueless (1995). Next came the first sliding phone in the Nokia 110, which starred as Neo’s phone in The Matrix (1999).

Mobile phones were starting to get smaller and more affordable. In 1998 Nokia bought out the 5110 with its Xpress-on covers. This set the scene for a global shift towards the mobile phone as a fashion accessory.

The Nokia 5110 was also the go-to phone for the arrival of text messaging that same year. For the sake of younger readers, texting was not quite what it is today as we punched out a sentence with a choice of three letters to a button, and no such thing as predictive text. 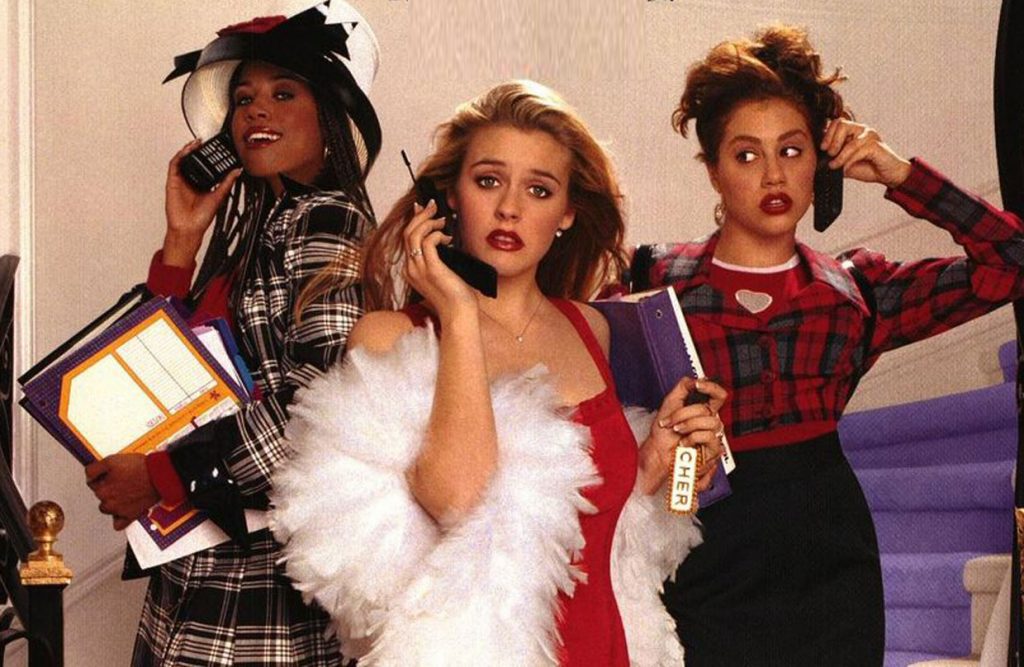 As the world headed towards the new millennium George once again read the signs of the time. Predicting the growth of the corporate device, he began to shift the company direction away from retail and towards the corporate sector.

The Kingsford and St Leonards stores were closed, and the retail arm of the business was consolidated on its original site. It was time to look to the corporate world for growth.

George upgraded his association with Telstra, becoming one of a handful of foundational corporate partners.

“I began as a partner with Telecom Australia way back in 1988 when I was installing the car phones. In 1991 when I opened the shop, I became a Telecom Premium Partner. Telecom became Telstra in 1995 and in 2000 when we moved into the corporate space, we were one of the first Telstra business partners. There were about five of us.

“I have been with Telstra since day dot, before Telstra was even called Telstra. I have never connected a single service to Optus or Vodafone.”

Then in 2002, Blackberry released its first mobile phone – the first device to be aimed at business rather than consumers.

It offered something all its competitors couldn’t match – access to emails on the go – on its monochrome 160×160 screen.

It could push emails and handle web browsing (sort of) and had BBM – BlackBerry’s Instant Messenger service.

Suddenly mobile phones were all about business, and George was well-positioned to meet the corporate need.

By the time Steve Jobs introduced the world to the iPhone in 2007, George Aravopoulos had already been in business for 16 years.

The iPhone advertising at its launch in 2007 was “This is only the beginning. Apple reinvents the phone.” The advertising spin turned out to be prophetic as the iPhone began a new era of smartphone-based connectivity.

Blackberry and Nokia handsets died. Apple and Samsung took off.

In 2012, MobileCorp outgrew its original retail site and moved into its current premises in the Aero building in Mascot.

The old store is heritage-listed and remains on the books. It still has the original bank vault on the lower ground floor.

In 2017, George Aravopoulos handed over the reins of MobileCorp to his son, Stephen. It was an easy decision.

“Stephen has been around the business his whole life. He knows it inside out. Times are different now and every business has to evolve. Stephen is leading MobileCorp into its next phase of growth.”

In 2019 further investment was made employing new technical specialists so that MobileCorp has the capacity and capability to deliver solutions in 5G for Business, IoT, Cloud, Unified Communications and Managed IT.

A new company logo and website was been launched to more accurately reflect the capabilities of MobileCorp in the 2020s.

MobileCorp Values – the rules we choose to live by

But some things don’t change. The family business continues to have the same values that has served it well for more than 30 years. The focus is first and foremost on our people. As George puts it:

“What has made MobileCorp successful over the years is our employees. History has proven when you are loyal to your people, they will be loyal in return.

“Over the years, when times got tough, we never let any of our people go. If we saw a bad period, everyone stayed on, even if it meant a lean year. Our people were good, they went above and beyond for our customers, and that’s why we have been successful over many years.”

And Stephen gets the last word:

“MobileCorp has a long history but we have been constantly changing and innovating to help our customers take advantage of technology shifts. I believe in finding people who love tech as much as I do and then empowering them to bring their curiosity and talent to the table.”

MobileCorp Values – the rules we choose to live by